I’ve had many pet insects and arachnids throughout my life. ‘Pet’ is probably too strong a word to use; let’s just say that I’ve harmoniously co-existed with many different creatures. 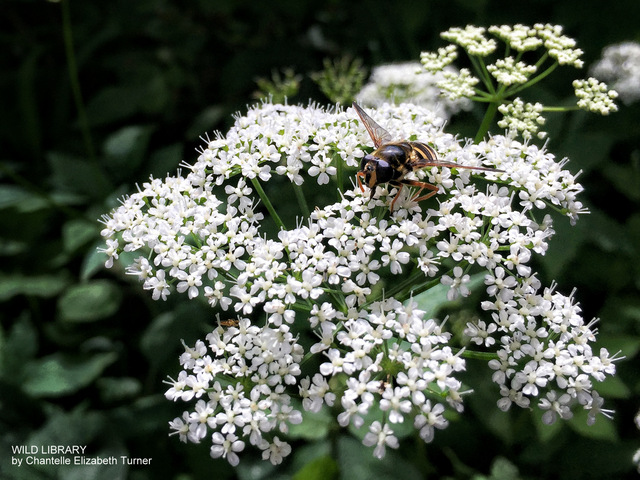 A wasp enjoying the sunshine in Donegal

One of my favourite multi-legged friends was a praying mantis called James Bond who lived in my apartment in Stellenbosch for a couple of weeks. He used to hang out by my orchid where I enjoyed watching him hunt. He’d fly, jump, run, and stalk like a real show-off performer. I have to admit that he had style, some serious hunting skills, and a lot of attitude. Surely the praying mantis is nothing other than the James Bond of the insect world. Even though my relationship with James Bond was pretty laid back in that we both left each other to do our own thing, I did have one very strange encounter with him. As far as my experience stretched, I’d never had an insect acknowledge my presence. Sure, they flew away or ran from me, or they might sting or bite when threatened, but in my mind, that was about the extent of the interaction between humans and insects. One night, as I was passing James Bond, I saw him looking at me. At first, I thought I was imagining things, but as I moved, those big bulbous eyes followed me across the room. It was a very disconcerting feeling but, at the time, I dismissed it as a figment of my wild imagination. A few years later, in my garden in Johannesburg, I was watching a praying mantis devour a small spider. I swear to you, halfway through its meal, it stopped and looked at me! It was beyond strange to have an insect watch me like that, so much so that I went inside and left it in peace. There were no other witnesses to these events, but I know what I saw. Despite the alien looks I’ve received from them, praying mantes are still my favourite insects, and I really miss them here in Ireland. On that note, I’m also pretty sure cockroaches watch us too, although I have no proof of this… yet. They, on the other hand, are my least favourite insects, closely followed by crickets. But that’s another story.

I’ve also had some good times with a number of spiders, especially in Johannesburg. Ireland has a large variety of spiders and they’re here in abundance but, sadly, the ones that do make it into my home become a protein-rich snack for my cats. When it comes to spiders, I have some ground rules:

For the most part, these creatures abide by the rules and, over the years, only a few of them have been released back into the wild (my garden) after overstepping boundaries, or at the insistence of my husband, Henry.

For the past five weeks, I’ve had another creature sharing my space. I first noticed the perfectly symmetrical web spun between my car’s left side mirror and the door, with a small yellow-brown spider sitting in its centre. I was on my way to pick Henry up from work and, as I drove, I saw how the spider calmly made his way to the edge of the web and disappeared behind the mirror. I picked Henry up from the hospital and he rolled down the window, chatting away about his day.  I gave Henry a polite heads-up about the spider; the last thing I wanted was for us to take off again with the mellow summer breeze on our faces, and then suddenly this little spider is sucked into the car and lands on Henry. It would’ve been a disaster as Henry doesn’t share my love of multi-legged creatures. He quickly closed the window, and we continued on our way home.

The weeks passed, and the left car window was never opened more than halfway. The little spider grew in size, carefully carried out regular maintenance work on his web, and went on many joy rides with us. I decided to make it official and to call him Jeffrey. By this time, I’d become a bit protective of him; I worried when I parked in public parking spaces that someone might knock him off either accidentally or maliciously, but Jeffrey remained there every day as I made my trips about town.

One windy day, as Henry was driving, Jeffrey’s whole web started shaking furiously and I could see that he was having trouble making his way back to the mirror. I asked Henry to slow down so Jeffrey would have time to get to safety.

‘There are cars behind us,’ Henry protested.

‘So?’ I said. ‘Just slow down a bit. This is Donegal, no one cares.’ You probably have to live here to understand that reference.

The reduction in speed was just what poor Jeffrey needed to get his foothold again, and the three of us made it to our destination without further drama.

Another afternoon, not so long ago, I picked Henry up from work. On my way there, I saw Jeffrey climb to safety for the drive, but I think that when I stopped to pick Henry up, he must’ve thought we were stopping for good, and he crept back out again. Henry and I didn’t notice him creep back out, and as we were driving along, chatting away, Henry suddenly cried out, ‘Oh no, Jeffrey!’

‘It’s Jeffrey! Chantelle, you have to pull over.’

Poor Jeffrey must have made a serious error of judgment, and was hanging on by a single thread, flapping wildly next to the car.

‘There are cars behind me,’ I said, slacking off as much as I could. It wasn’t enough for Jeffrey, who was being blown further and further from his web.

‘He’s not going to make it!’ Henry said.

Luckily, I saw a turn-off ahead and I gently eased the car into the lane and stopped. Jeffrey used his life-saving little string to climb back on to his web and from there, with a sense of urgency, made his way to the mirror. Both of us (Henry and I, that is) heaved a sigh of relief.

‘That was so close,’ I said as I drove off again.

‘You know,’ Henry said, ‘I was really worried there for a second.’

We drove home in silence.

‘Now we should probably move to Portland,’ Henry said after a long while.

‘What’s in Portland?’ I asked.

‘That’s where all the hippy vegetarian type people live.’

I parked the car in front of our house and we watched Jeffrey climb back out onto his web.

‘Although, you probably have to be vegan to live there these days,’ Henry said.

We’re not planning to move to Portland any time soon, but in the meantime, we hope to have many more adventures with our dear friend, Jeffrey.

Thank you for reading A spider called Jeffrey.  Let me know if you enjoy ‘harmoniously co-existing’ with spiders and insects in the comments below?

If you enjoyed this story, consider subscribing to the Wild Library blog.  Scroll down and click on the Follow Wild Library button on the bottom of this page to receive an email notification when a new story is posted.

Wondering what to read next? Try The Little Red Bird, a whimsical short story. Or if you’re curious to learn more about Donegal, have a look at Lifting the fog, a short story about kindness.

2 thoughts on “A spider called Jeffrey”